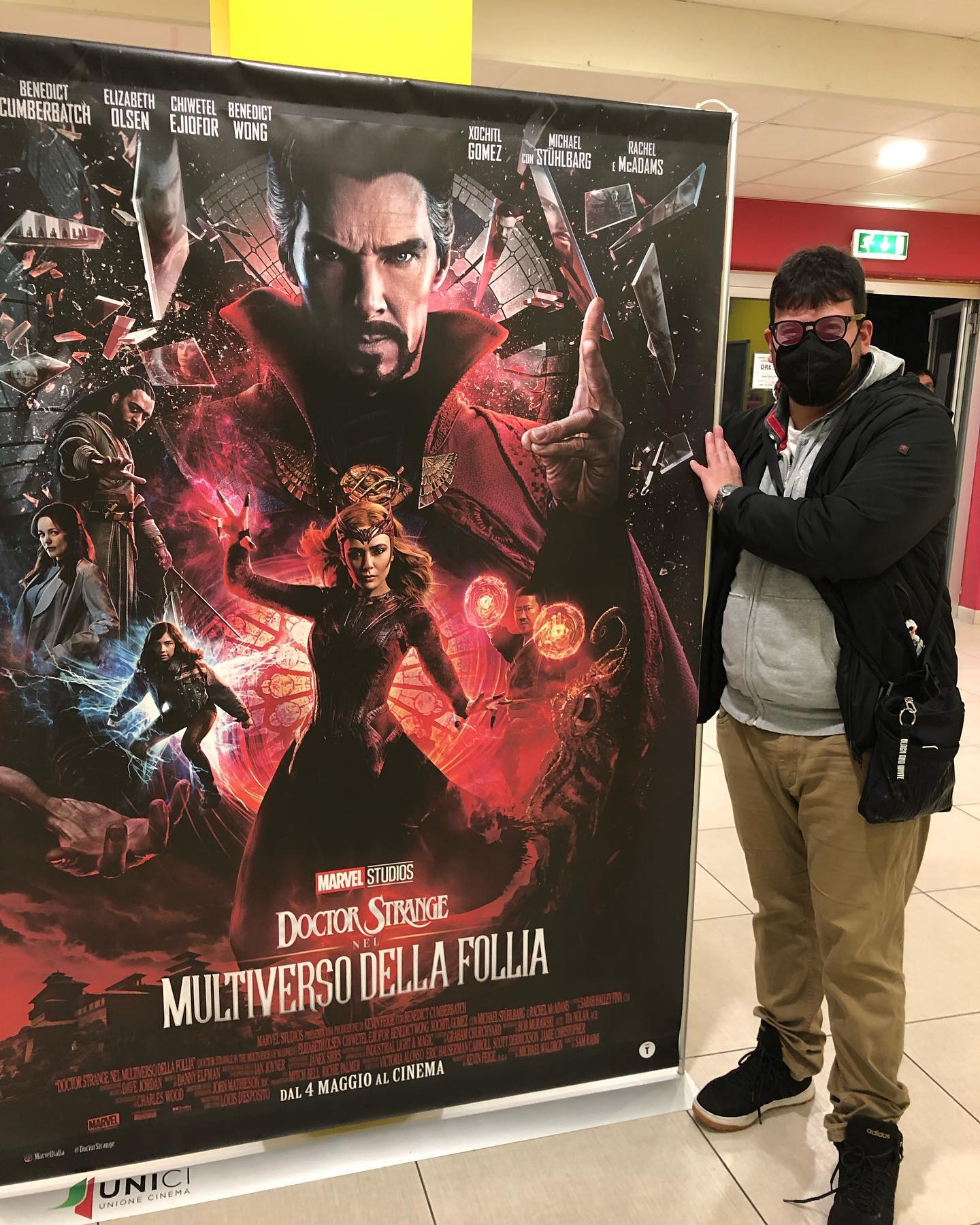 “The multiverse is a concept we know terribly little about.”

This sentence was uttered by Dr. Strange in “Spiderman No Way Home”, in which they further introduced us to the new saga of the multiverse.

They had already started doing it in the Loki series, in even more detail.

I was curious to see this film, as usual, I warn you that I will make spoilers, so I recommend reading it only if you have already seen both Dr. Strange and the aforementioned series and film.

Expectations were high. There were so many things said about the film, even the trailer showed us a series of things and contents that seemed to be crazy.

However, it looks like we have been misled! No Tom Cruise doing Iron Man, no Loki, and all the other stuff.

Attention: by this I absolutely do not mean that the film was not good, quite the contrary! I’m just saying that it seems obvious to me that Marvel has created false advertising to create more hype and get even more people to watch the film.

Not that it is devoid of content, far from it. Indeed, if there had been all that was said, it would have been too much and the film would have lasted much longer.

I “complain” about the absence and lack of some details that I expected and some I wanted there to be.

The film is shot in a very good way anyway. A product of great quality and, as one of the friends I went to see it with said, full of references to horror and also to films by Raimi himself.

I didn’t expect the bad guy of the situation to be Wanda. It was obvious that there was going to be something wrong, but from the trailer you could instead assume that it would be the corrupt Dr Strange, and instead …

It is “our” Wanda, who was good before, but she has become the Scarlet Witch, seduced and corrupted by demonic powers, she wants to kidnap the mysterious girl who appeared in the world of Strange and co.

It’s a bit of a blow to her heart to see her this way, I’m so sorry.

In the film she is shown just like a monster, in one scene she comes out of a gong like Samara in “The Ring”. (in fact, film full of quotes).

But it must be said that as a villain she turned out really well! Indeed, it is a much more brutal film than usual. He kills many characters in cold blood and with violence, which not even Thanos had done.

But let’s go a little in order. There is a mysterious girl called “America” ​​who has the powers to move in the universes, opening dimensional portals.

When she arrives in the universe of “our” Strange, Wanda wants to kidnap her to steal her powers, go to a universe where her children exist, where she can be happy. At least, from her point of view.

(I also wrote the Wanda Vision review, which links to this film, along with the others.)

The magician tries to protect the girl, and she succeeds. In the meantime, however, many wizards will lose their lives. Wong is the supreme master, and will only be spared so that Wanda can exploit him for her purposes.

America will manage to escape with Strange, escaping to another universe, in which there will be alternate versions of superheroes.

Captain Carter instead of Cap. America, for example.

No, I meant Mr. Fantastic.

Wanda manages with a spell to move into the Self of that world, possess the body and kill almost all those superheroes who were part of the “enlightened”.

As I said, in a brutal way. I was expecting the arrival of this famous “superior Iron-Man”, but nothing.

I had read a comment that said it “adds nothing to the plot”. I wouldn’t really say: the film introduces America, a character that I think will be crucial in the next films. Unfortunately, Wanda dies.

Dr Strange has the third eye, and there are new characters in the other universes. Ergo, I think the MCU will bring us a lot of stuff.

The character, meeting other selves, in my opinion evolves. And he understands how, at least groped, to change his life.

There is one scene in particular that shook my heart, made me move. When he tells Christine about the world she ended up in with America, where her self was dead:

– I love you in every universe.

Is there one of us in every universe who will always love the same woman? Who knows. It is also interesting the concept that in our dreams we see our lives in an alternative way.

In case I am happy to know that in one of them, there is someone who is with someone I love(d) or even me. Oh well.

The film ends well and shows us a lot of good things.

Great from a visual point of view, special effects, music and never bored.

Excellent because more adult, mature in the different concepts listed, given that we are talking about dramas experienced by adults, such as Stephen Strange and Wanda Maximoff.

The absence of love is something that torments both of us. The similarity between the two characters is undeniable, at this point, right?

Luckily the Scarlet Witch finally comes to his senses, too bad she’s dead who decides to destroy herself.

I guess there was no other way.

Now we are curious what the next threat will be… in all universes.

It was also nice, as well as smooth, also due to the lack of weft holes, in my opinion.

We remember that No Way Home taught us, that not all our alter-egos have to be the same as us. Oh yeah?

You can find it all here: